Over thousands of years of human history, in cultures spanning the globe, music has been used to heal the body, soothe the mind, and expand consciousness.

As Einstein noted, everything around us, from the device you’re reading this on, to the rays of light filling the room you’re in, is made up of vibrations (frequencies). This includes your body, your DNA, and even your thoughts.

And there’s a hidden geometry to these vibrations, as shown by the study of cymatics, founded by Hans Jenny, who concluded: ‘This is not an unregulated chaos; it is a dynamic but ordered pattern.

Sound (vibrations) evokes a human response. And the response is determined by the make-up of frequencies. Thus music has the ability to affect us on a physiological, mental, and spiritual level. 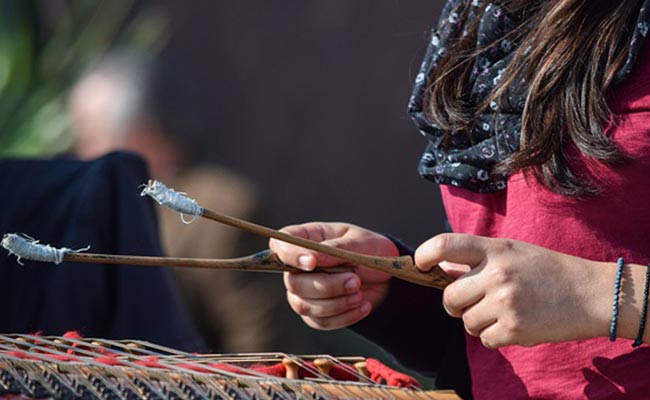 An individual sound frequency (tone), or a melody set in a particular tuning (made up of a range of frequencies) can make us feel positive and energetic, or anxious and negative.

Music has that power. It can heal and promote health, or create mental and physical imbalance.

Being attuned to the right frequency can uplift you and bring you closer to higher consciousness and greater alignment with the universe.

And there is a scale of frequencies that promote such positivity and well being, known as the Solfeggio Frequencies, or the “Ancient Scale”.

From the ancient Greeks and Egyptians to the Benedictine monks of the Middle Ages and Mozart and Verdi, these frequencies have a somewhat mystical past and fascinating history.

Perhaps the most notable is 528 Hz, also known as the the “love frequency” or “miracle note” because of its deep-rooted relationship with nature.

This frequency is present in everything from Chlorophyll to human DNA. It also has mathematical significance and proven healing potential, as discussed here.

The Solfeggio scale provides us with a range of tuning. Each tuning frequency is associated with specific benefits, including the following:

Outside of the Solfeggio frequencies is one other special healing frequency, 432 Hz, affectionately referred to as “the heartbeat of the planet” because of its relationship to the Earth's core frequency.

This frequency is also found in geometry and a number of areas of ancient history, as discussed here.

432 Hz is also known as Verdi’s A, because it was championed by the genius composer of the same name.

This frequency was in fact the music tuning standard prior to today’s tuning of 440 Hz, and is said to have a positive influence on the mind and body. Indeed, the much lauded Stradivarius violins were said to be tuned to 432 Hz.

It is widely considered by many music theorists to be a superior tuning that makes music more pleasant to listen to, not to mention realigning us with the natural world and promoting bodily healing.

A double-blind, randomized control study found that 432 Hz music reduced  stress and anxiety in emergency nurses during the pandemic (1).

Another study by the American Society of Endodontists showed that root canal surgery patients who listened to 432 Hz music had less anxiety during treatment. Patients saw improvement in the associated vital signs, which included lowered diastolic and systolic blood pressure and heart rate. (2).

The Healing Power of Music, Proven by Science

Music is a moral law. It gives soul to the universe, wings to the imagination, and charm and gaiety to life and to everything else. ~ Plato

Fortunately, we don’t have to assume these benefits on hearsay and faith alone. Scientific studies have confirmed the healing power of music.

Harvard research has reported many examples of music's ability to heal (3).

For example, a team of nurses at Massachusetts General Hospital found patients bed-ridden with heart disease saw improvement in heart rate, blood pressure, and stress levels when they listened to music for 30 minutes.

Music’s effect on anxiety was confirmed by a team at the University of Wisconsin-Milwaukee treating heart attack survivors, and through similar studies with cardiac surgery patients at Abbott Northwestern Hospital.

Music can even go beyond anxiety to alleviate the symptoms of depression, as seen in a series of studies by the Cochrane institute (4).

And the British Academy of Sound Therapy discovered that listening to relaxing music led to a decrease in arousal in the autonomous nervous system in patients with stress-related disorders (5).

Research in both the United States and Japan has shown that music helps create new memories and retrieve old ones.

In terms of the Solfeggio frequencies specifically, 528 Hz has been the main focus of research, though it's worth noting that compared to conventional medicine healing music research has very few funding opportunities.

That said, research conducted on rats suggests that 528 Hz not only has the ability to reduce anxiety, but may also increase testosterone production as well (6).

And a study published by the University of Tehran’s Department of Biochemistry discovered that 528 Hz could be used to treat nervous system damage in alcoholics (7).

There are more studies cited on our pages that cover 432 Hz and 528 Hz in greater detail. 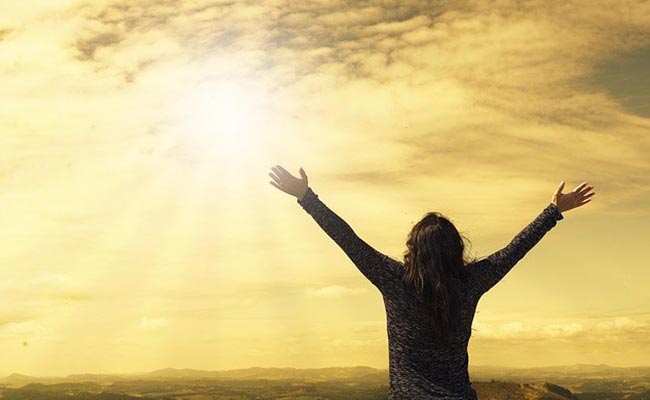 Improve Your Life with Healing Music

If you want to find the secrets of the Universe, think in terms of energy, frequency, and vibration. ~ Nikola Tesla

Music and healing are intrinsically linked.

The good news is that what was once a forgotten – perhaps deliberately – ancient scale of sacred frequencies, has been rediscovered and is now being enjoyed by millions worldwide.

The benefits of these healing vibrations, and of 432 Hz – which itself was resigned to the history books for a while – have resurfaced for all to enjoy. And best of all, it's a natural therapy.

We’d all like greater mental clarity, to tap into our intuition on a deeper level, to have more energy and vibrance for life, to create better connections with others and feel more closely aligned to the Earth.

And that's possible. And as simple as listening to this celestial music for 30+ minutes a day.