You are here: Home / 432 Hz: Decoding the Healing Frequency
432 Hz is rooted in musical history, geometry, science, and architecture. From the Egyptian pyramids to Stone Henge and the Schumann resonance, numerous occurrences of this number have been uncovered from different corners of the globe.

Almost all of the music you hear on a day-to-day basis – whether in your car on the way to work or playing over the speakers at a local restaurant – is tuned to 440 Hz. This has been the international standard tuning since the mid-1900s (1).

Yet, when we change our tuning to 432 Hz, though it’s only a difference of 8 cycles per second, there’s a noticeable shift in our physical disposition.

This has been proven by scientific research.

For example: A study by the American Society of Endodontists found that patients who listened to 432 Hz music before, during, and after root canal operations experienced less anxiety.

If 432 Hz music can have that effect on people during dental surgery, imagine how it could help us in everyday life.

We'll look at more examples of medical research later on, but first let's decode this frequency and understand it's significance in music and the wider world. 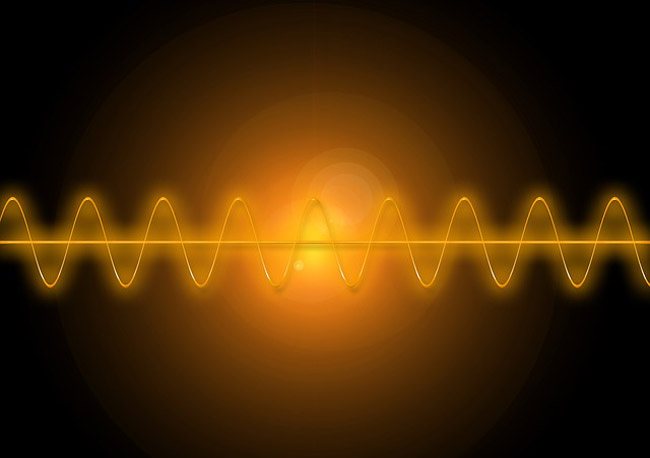 As noted previously, modern day music is tuned to the standard of A (note) = 440 Hz, but many musicians and scientists advocate that it should be A = 432 Hz.

It transpires that the additional 8 Hz difference between 440 Hz and 432 Hz is a lot more significant than it would seem at first glance.

In short, Giuseppe Fortunino Francesco Verdi was an Italian opera composer who advocated for the use of 432 Hz as the standard tuning.

That’s why A at 432 Hz is referred to as “scientific tuning”, because the math is more precise. For this reason it has been promoted as preferable by physicists like Joseph Felix Savart and Joseph Sauveur, and by scientists like Bartolomeo Grassi Landi.

Additionally, if we tune with the Twelve Fifths Tuning, discovered by the late classical pianist and tuner Maria Renold, and musical mathematician Grammateus, we find even greater mathematical and geometric synergy in the 432 Hz scale. Because Maria Renolds tuning arrived at the concert pitch of A = 432 Hz.

For the record, the Twelve Fifths Tuning has natural intervals and allows for an increased resonance, as opposed to the modern Equal Temperament (the adjustment of intervals in tuning a piano or other musical instrument so as to fit the scale for use in different keys),

First published in German in 1985, Maria's book has become a modern classic of musical research.

The Heartbeat of the Planet

The relationship between our planet and this frequency is very interesting. 432 Hz is commonly used in music therapy to reduce stress and anxiety and bring down heart rate and blood pressure. The music is noted for its soothing properties.

Now, according to music theory, when playing in 432 Hz tuning, middle C is closer to 256 Hz, a frequency that is a multiple of 8 Hz.

8 Hz is commonly known as “the heartbeat of the planet.

Because in 1952, the physicist Winfried Otto Schumann discovered that the electromagnetic waves that exist in the space between Earth’s surface and its ionosphere resonate at a frequency between 7.86 and 8 Hz.

8 Hz is aligned with our very existence and intrinsically connected to 432 Hz. 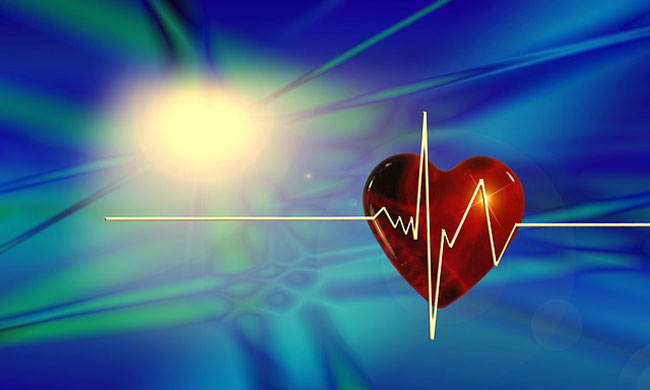 432 Hz is in alignment with the frequency, “the heartbeat”, of our planet.

8 Hz continues to provide examples of influence around the world.

Scientist and medical doctor, Dr. Andrija Puharich, studied healers from different cultures, and faiths around the world and found that their brain waves tended to resonate at 8 Hz. And even their hands, when placed in water, vibrated at 8 Hz.

It makes sense that those with a deeper, more spiritual connection to the planet are more attuned to their environment.

In fact, Dr. Puharich claims to have used the 8 Hz frequency to cure 27 organic diseases during his career, though his skeptics would argue against this on account of his credulous personality.

Disregarding this claim as hearsay, there is reputable evidence in the scientific literature of the benefits of 432 Hz:

These studies all report the same trend: a reduction in anxiety and physiological changes in heart rate and blood pressure. In short, people feel better when listening to music at this frequency.

As a brain wave frequency, 8 Hz is the straddle between the Alpha and Theta frequency ranges, and is realized during meditation (a state of being calm and present), Tai Chi, and when the two hemispheres of our brain are working at peak synchronization.

Our DNA replicates at a frequency of 8 Hz, and it’s also the nuclear magnetic resonance of hydrogen atoms, as noted by renowned musician and writer Ananda Bosman, which form one of the basic building blocks of living creatures and the universe.

A study by the HeartMath Institute found that when our heart is in a state of compassion, it beats at 8 Hz, as measured by an electrocardiogram (or EKG).

432 Hz music is said to resonate inside the body, releasing emotional blockages and aligning you with the heartbeat of the universe. The music is said to heighten perception, increase mental clarity and unlock intuition.

What do Stone Henge and the Pyramids of Giza have in common?

Other than being popular tourist attractions and ancient monuments that we don’t quite understand, they both have a geometric relation to 432, as do many other such sites like Sri Yantra.

That’s just 11 miles short of the radius of the earth, as measured between its poles, of 3,949.

That’s just 170 miles short of the circumference of the Earth, as measured around the equator.

Now, keep in mind that the radius and circumference of Earth, as we know it today, is based on the most advanced methods of measurement that we have, whereas the Pyramids were built thousands of years ago.

That they were off by just a fraction of a percent is nothing short of incredible.

How did these ancient builders discover these measurements, and why did they base the Great Pyramid’s dimensions on multiples of 432?

We see this same connection in Stone Henge.

First, note that 25,920 years is how long a complete cycle of the equinoxes takes. It’s sometimes called the Great Precessional Year or a Platonic Year. This number will be important to the relation between Stone Henge and 432.

Of course, 432 is not the only number that’s significant to the geometries of these ancient sites, but it’s one that we see again and again.

Fulcanelli, the French alchemist and author of Le Mystère des Cathédrales, noted 432’s significance in relation to 25,920 in the orbit of Saturn:

Saturn, because it is at the greatest distance from the sun of all the visible planets, has the longest ‘year’, taking a little less than 30 years to complete one circuit of the zodiac. This makes it the best precessional timekeeper of all the planets.

432 is a key number in sacred geometry and resonates with the Golden Ratio.

We say two numbers fall into golden ratio when their ratio to each other is the same as the ratio between the sum of both numbers and the larger number. In other words, a / b is equal to a + b / a.

This ratio is represented by the Greek letter phi or ϕ.

Phi and the golden ratio are found all throughout nature, art, architecture, and music and are known for being aesthetically pleasing.

Another example of 432’s geometric significance come from John Stuart Reid’s experiments with his CymaScope. This device uses vibration to form geometric shapes in both liquid and solid mediums.

John Stuart Reid had this to say about his experiments:

432 Hertz pops out as a triangle, every time we image it. We thought there was something wrong with the CymaScope, but after trying for more than an hour we concluded that the number 3 was somehow universally connected to 432 Hertz.”

432 pops up in many places of well-known history.

For instance, in the Bible, we can use the ages of the ten patriarchs between Adam and Noah, along with Noah’s age at the time of the Great Flood, to find that the flood came after 1,656 years.

Meanwhile, Babylonian accounts place their own history of the flood at 432,000 years. Again, 432. 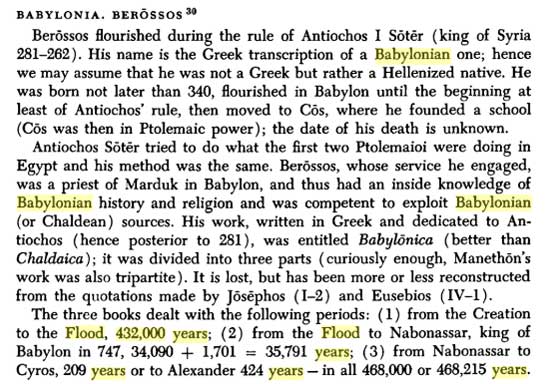 Excerpt taken from the book: Hellenistic Science and Culture in the Last Three Centuries B.C.

The relevance of the number 432 throughout our world is undeniable.

In musical terms its benefits have been championed by the likes of ancient Egyptians, Mozart, Verdi, and Tibetan monks. More on that here.

What did all of these people, from the architects of the Great Pyramid to the great classical composers, know about 432 that we don’t?

And why aren’t we still using 432 Hz today as our musical tuning standard, instead of the mathematically inconsistent 440 Hz.

In the modern day, research is showing that this frequency is far more beneficial to our physical health than the standard tuning of 440 Hz. It can lower stress and anxiety, blood pressure and heartbeat, which can help us all improve our health.

The question is not should you listen to 432 Hz music, but why wouldn't you?

In addition to the linked names of cited experts and historical persons of interest, there are linked parentheses in the article. Below is a list of the references those numbers correspond to.