You are here: Home / About Solfeggio Frequencies
The Solfeggio frequencies make up a 6-tone music scale, which was first used in religious music of the 10th century. Music tuned to the frequency of this scale is known to have healing properties and promote better wellbeing. Evidence of these frequencies existed as far back as early Biblical times.

The Solfeggio frequencies are most commonly associated with the Gregorian Chants. The chants are a form of monophonic song of the Roman Catholic faith, dating back to the 9th and 10th centuries.

The original 6 Solfeggio frequencies and their said benefits are as follows: 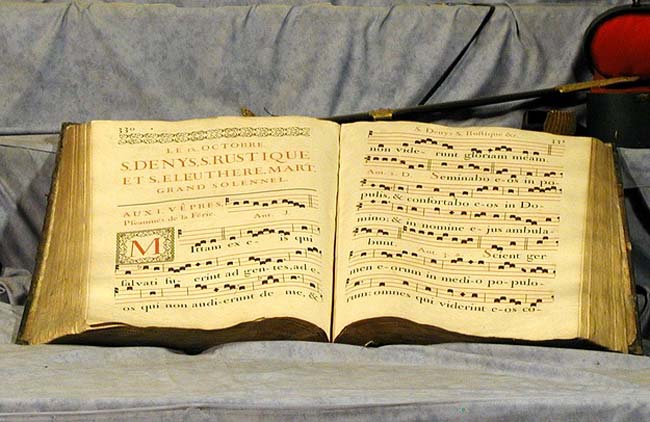 One of the Gregorian Chants

Where Do the Solfeggio Frequencies Come From?

Based on the research of musicologist Professor Willi Appel (1), it’s likely the scale was first introduced by Guido d’Arezzo, a Benedictine monk. Monks of this order of the Catholic Church followed the Rule of Saint Benedict (2).

The earliest example of the scale was his musical rendition of the Hymn to St. John the Baptist or Ut queant laxis, based on an 8th century poem attributed to another monk named Paulus Diaconus.

Here’s the first stanza of the poem:

Notice the first syllable of the beginning lines. Ut-Re-Mi-Fa-Sol-La.

This might sound familiar, since it’s the basis for the Do-Re-Mi-Fa-So-La-Ti scale used by vocalists today. This adds another note to the original six-tone Solfege.

The Meaning Behind the Solfeggio Frequencies

So, what makes this scale so significant that it’s still being talked about and used hundreds of years later?

There’s the musical, historical, and religious importance mentioned above. But these frequencies are also said to have healing attributes. 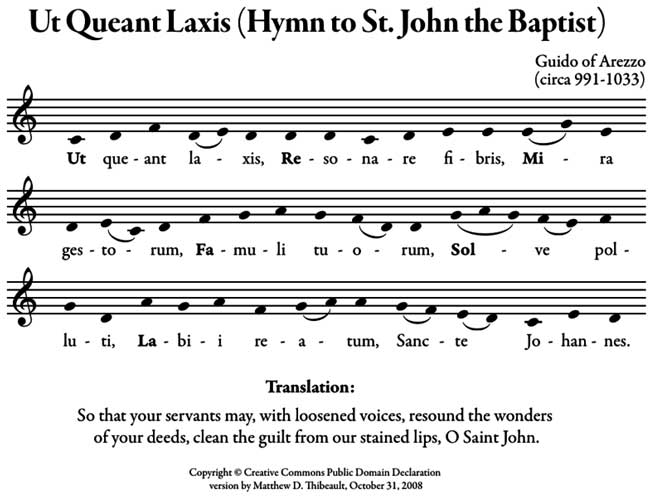 Solfeggio Music & Its Ability to Heal

When first introduced to the Solfeggio frequencies and their purported benefits, it’s easy to be skeptical or even outright dismissive. However, humans have long believed in the healing properties of music, and in the modern day these have been proven through scientific research – particularly that led by Harvard (3).

Since ancient times, music has been recognized for its therapeutic value. Greek physicians used flutes, lyres, and zitters to heal their patients. They used vibration to aid in digestion, treat mental disturbance, and induce sleep (4).

We inhale and exhale, our hearts beat in systole (contraction) and diastole (expansion or relaxation.)

Sleeping, eating, menstrual cycles, walking, talking, and other, if not all, functions of life are rhythmic.

In the modern day, science has been able to back up exactly what our ancestors described.

For instance, one study concluded that music can reduce anxiety while increasing self-esteem and interpersonal skills (5).

This is akin to liberating guilt and fear with the frequency 396 Hz, undoing situations and traumatic experiences with 417 Hz, and improving our relationships or ability to express ourselves with 639 and 741 Hz.

Another study found that music had a positive affect on the autonomic nervous system and endocrine system, reducing stress in the process (6).

This means music isn’t just soothing because it sounds good, but because of actual physiological and hormonal effects it is having on the body.

Sound is powerful and has always influenced healing. Consider ultrasound, a medical test that uses high-frequency sound waves to capture live images from the inside of your body, discovered in the 1930s.

In the 1940s, a French doctor named Alfred Tomatis developed hearing and listening therapies known as the Tomatis method, or Audio-Psycho-Phonology (APP). He used music to cure hearing loss and successfully employed it in treating autism and learning disabilities (7).

Is it a coincidence that Dr. Tomatis used recordings of Gregorian chants, one of the original sources of the Solfeggio scale. 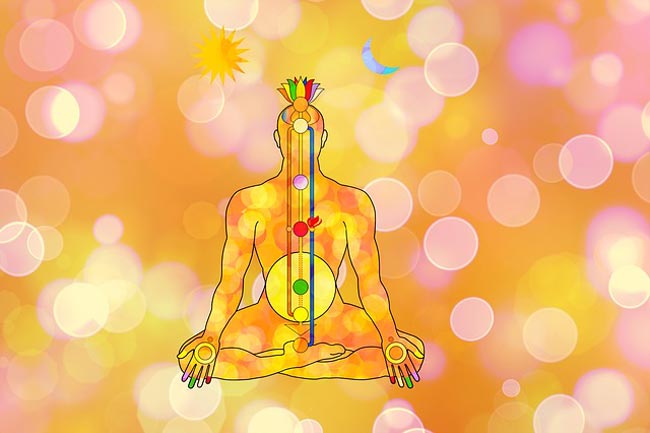 The Solfeggio frequencies are commonly associated with the healing of the 7 chakras.

Why the Solfeggio Frequencies Were Forgotten

Despite being lost for hundreds of years, the Solfeggio frequencies used by these chants would finally be recovered in the 1970s.

Today, as shown by Dr. Horowitz, the 528 Hz frequency, which is the third note in the original Solfeggio, is used to repair DNA.

This would explain why the Latin word for miracle is “mira gestorum”? Remember that 528 Hz is Mi on the original scale.

Introduction of the 12-Tone Scale

Some time near the end of the 16th century, the “Twelve-Tone Equal Temperament” was created in Renaissance Italy and rapidly gained in popularity.

As such, the “Just Intonation” method of tuning, which used the six-tone Solfeggio, was gradually replaced.

Many, like David B. Doty, consider this 12-tone scale to be too rigid and confining.

In his book The Just Intonation Primer, he describes the ancient 6-tone scale as having a certain clarity and smoothness that today’s music, which uses the 12-tone scale, lacks.

This is perhaps the reason why masters of Just Intonation, like Beethoven, are still praised to this day?

There’s also the possibility that the scale was to some extent “lost”, which wouldn’t be surprising given the time period they were developed: Guido d’Arezzo’s lifetime fell right in the middle of Western Europe’s Middle Ages.

This led to the Great Schism of 1054, a separation that still exists to this day (8).

So, while the Eastern Church and the Eastern Roman – or Byzantine – Empire was very active in preserving Western artifacts during the Middle Ages, they would’ve had very little reason to preserve a music scale created by the Western Church, especially since the Eastern Church had their own scale at the time, one with 8-tones called the Oktoechos.

In short, it’s not impossible that the Solfeggio was actually lost in history, like so many other documents of the time.

In fact, the historical records place the introduction and rise of the twelve-tone scale in the century just preceding what most historians consider the “end” of the Middle Ages. 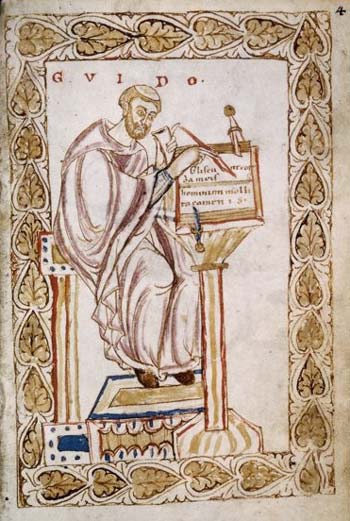 Spiritual to Secular: A Loss of Feeling

Regardless of why exactly the six-tone scale was replaced by the twelve-tone, the latter arguably gave rise to some of the West’s greatest composers. But many believe it has also contributed to some of the spiritual problems of the modern world.

They argue that the modern scale restricts our thinking, stifles our emotions, produces lower consciousness, and can even create physical problems.

Joachim Ernst-Berendt, a 20th century music journalist from Germany, claimed that all consonant intervals, save the octave, are mistuned by the modern, twelve-tone scale.

Interestingly, many historians mark the beginning to the “Age of Enlightenment”, noted for an increased secularism in Europe, just decades after the creation of the Twelve-Tone Equal Temperament.

Music also became more and more secular during this period, removing itself from the influence of the Christian church.

It’s interesting to consider the changing attitudes in a period when the musical scale changed from six tones to twelve.

Could this be why so many people today have a positive reaction to the Solfeggio frequencies?

Could returning to the six-tone scale create better harmony not only in our lives but for the world?

How Were the Solfeggio Frequencies Recovered?

As alluded to above, the Solfeggio frequencies were brought back to the forefront in the 1970s. The man credited with this rediscovery is Dr. Joseph Puleo, who also wrote briefly under the pseudonym Joseph Barber.

He discovered that, when looked at through the Pythagorean method of number reduction. the Old Testament’s Book of Numbers contained a repeating pattern. This was specifically obvious in verses 12 through 83 of Chapter 7,

If you missed this class in school, here's a quick video to remind you of how this math works.

Pythagoras was an ancient Greek mathematician. He is most famous for his Pythagorean theorem, which explains the relation between sides of a right triangle, using the equation a² + b² = c².

But not only was Pythagoras important to math, he had a tremendous impact on the ancient Greek philosophers, from Plato to Socrates (9).

The Pythagorean method used by Dr. Puleo requires one to add all of the digits of a larger number together.

For instance, the number 18 would become 9. If the result is still a multi-digit number, the process is repeated. 184 is reduced to 13, which is reduced to 4.

When Dr. Puleo applied this method to Chapter 7, starting with verse 12, he noticed a pattern developing with every sixth verse.

396 and 417 are the first two frequencies in the Solfeggio. And Dr. Puleo uncovered a further three frequencies by repeating this process, which now form an extension to the scale. So in the modern day we have the original ancient six frequencies and a further modern three.

He then laid this all out in a book called Healing Codes for the Biblical Apocalypse, written with Dr. Leonard Horowitz.

Puleo explains that a vision led him to investigate and uncover the frequencies. Skeptics, of course, dispute this.

Spiritual/religious folk on the other hand are more open to this explanation. They understand that it is often ones intuition, a vision, or a chance happening or coincidence that leads people back to “The Creator/Mother Nature”.

People postulate that it is more likely that Puleo studied the Gregorian Chants and other musical history, which led him to investigate the Bible and happen upon this link.

There are hundreds of references to music in the 39 books of the Old Testament and 27 books of the New Testament. From these references, Puleo was able to uncover the “code” and share it with Dr. Leonard Horowitz.

This led to modern popular interest in the tones, with experts like David Hulse, a sound therapy pioneer with over 40 years of experience,  describing the frequencies accordingly and developing the descriptions we have today.

It is important to note that independent of this discovery exists information on individual frequencies of the Solfeggio frequencies; particularly 528 Hz. You can read more about that here. 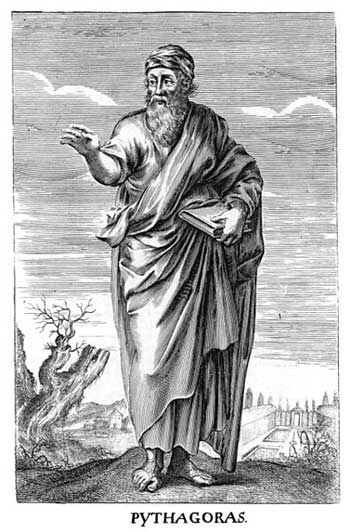 As noted above, Dr. Puleo  unearthed three new frequencies in the scale during his research:

Interestingly,  if we continue to apply the Pythagorean method to the Solfeggio frequencies, we find that each of them adds up to 3, 6, or 9.

And there are two frequencies in the original scale (and three if we include all 9 frequencies) that include the numbers 3, 6, and 9.

Note that Nikola Tesla, the famous inventor and engineer, once said:

If you only knew the magnificence of the 3, 6 and 9, then you would have a key to the universe.

Did he know something we didn't?

Tesla wasn’t the only one who believed this.

How Solfeggio Frequencies Can Help You

You don’t have to believe that the Solfeggio frequencies are a miracle cure that will heal your wounds and alleviate a lifetime of trauma with the playing of a few notes.

It's undeniable that through history music has has contributed to wellbeing and healing, and this is now confirmed in modern scientific literature.

Music is given great significance in the Bible, in Greek mythology, ancient Egypt, and even among famous Greek philosophers, like Aristotle and Plato.

Concerning matter, we have been all wrong. What we have called matter is energy, whose vibration has been so lowered as to be perceptible to the senses. There is no matter.

Music is vibration, and music that vibrates at the right frequency has a positive effect on your matter, i.e. your mind and body.

Music has the ability to make us feel calm, to alleviate stress and anxiety. It can also lower blood pressure and reduce pain perception. Certain music are more effective at this than others, because  of its specific frequency blueprint. And that's what Solfeggio frequency is – healing music, for mind and body.

In addition to the linked names of cited experts and historical persons of interest, there are linked parentheses in the article. Below is a list of the references those numbers correspond to.